In 1993 station manager Mark McNeill announced he was leaving KNON to take a commercial radio job in Wichita Falls.  The Agape Board of Directors interviewed several candidates  and chose former commercial broadcaster Bobby Elliott as the next KNON station manager.  Elliott became manager on February 9, 1994 and almost immediately caused an uproar.  He announced major changes to the program schedule, and during a station meeting challenged volunteers to fight him in the alley.  His goals were to make the station more like commercial radio and end the niche programming KNON had relied on for so long.  Many long time KNON DJs quit, many more were fired.  Many programs were shifted around and hours cut or added.  Elliott promised that the station would be moving into the old Texas Theater in Oak Cliff.  He promised major corporate support from companies like Nike and Reebock.  He promised we would end pledge drive but still double the station’s income.  None of it ever happened.  The uproar within the station was well covered by the local press and pledge drive returns plummeted.  By the start of summer it was clear Elliott was leading the station to ruin and he resigned on June 14, 1994.

On Elliott’s departure, Agape Board treasurer Sue Turner assumed temporary station manager duties.  A few of the DJs who left or were fired were brought back, but most never returned.  The next few years were spent rebuilding the volunteer programmer base and tweaking the schedule back to a more normal non-commercial format.  It was a slow process but progress was recognized when The Dallas Observer once again named KNON the Best FM Station in 1995. 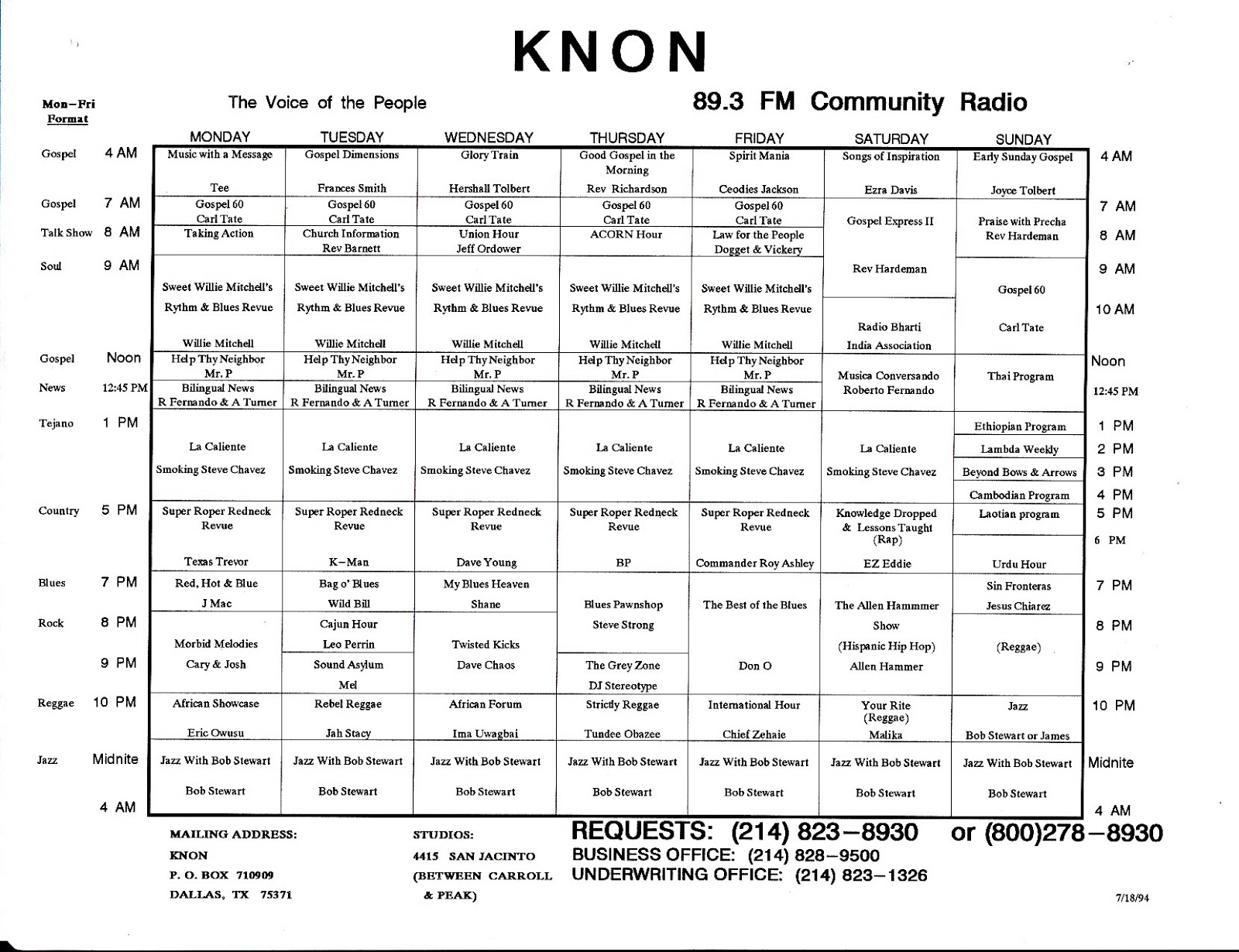