Part of the fallout from the frequency switch was an engineering study which showed only one small station west of Fort Worth had potential overlap with 89.3 FM.  KNON successfully petitioned the FCC to increase broadcast power from 10 kilowatts to 55 kilowatts with a pie shaped exclusion zone covering the area west of Fort Worth.  Station manager Mark McNeill initiated a special “$25 for 55” promotion to raise funds to increase power and, together with a new bank loan, was successful in raising enough funds to do so.  On March 4, 1990, KNON moved its transmitter site from Chalk Hill to Cedar Hill and raised power to 55 kilowatts.  The increase in power and the raising  of the antennae height more than doubled the coverage area of KNON’s broadcasts, bringing a whole new audience in range.

In 1990, KNON once again tried to start a quarterly newsletter.  The new newsletter was called NON Sense, and like the first newsletter, published a few issues then disappeared.  A KNON calendar featuring photos of some DJs came out in 1990 and a KNON blues calendar featuring local DFW blues bands appeared in 1991.  Both calendars were used as pledge drive premiums. 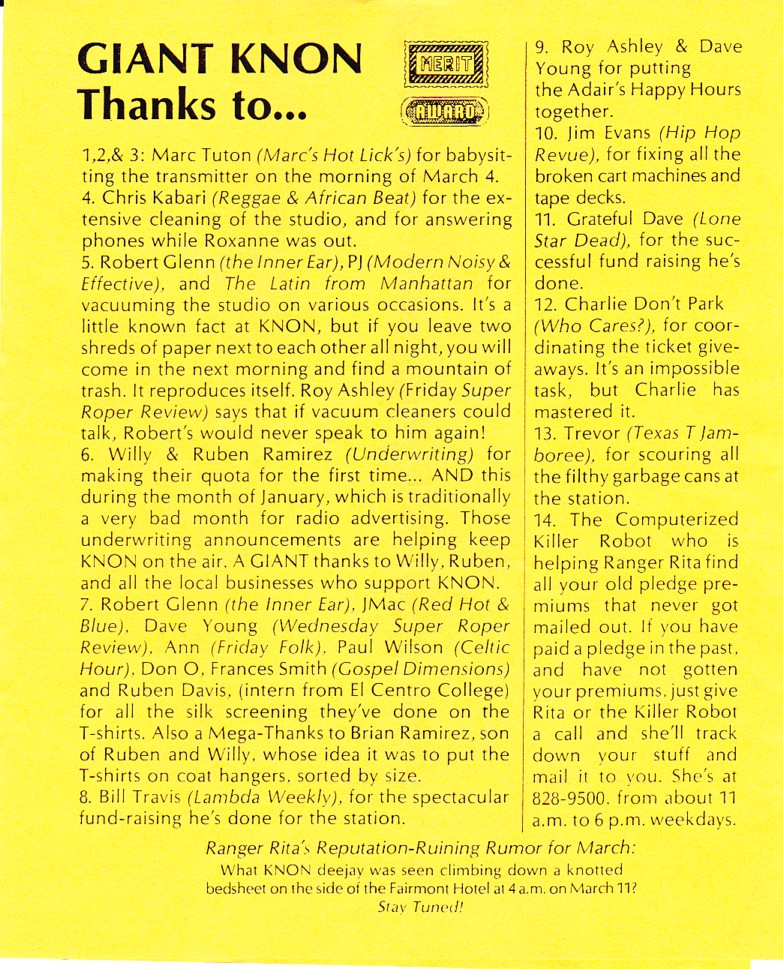 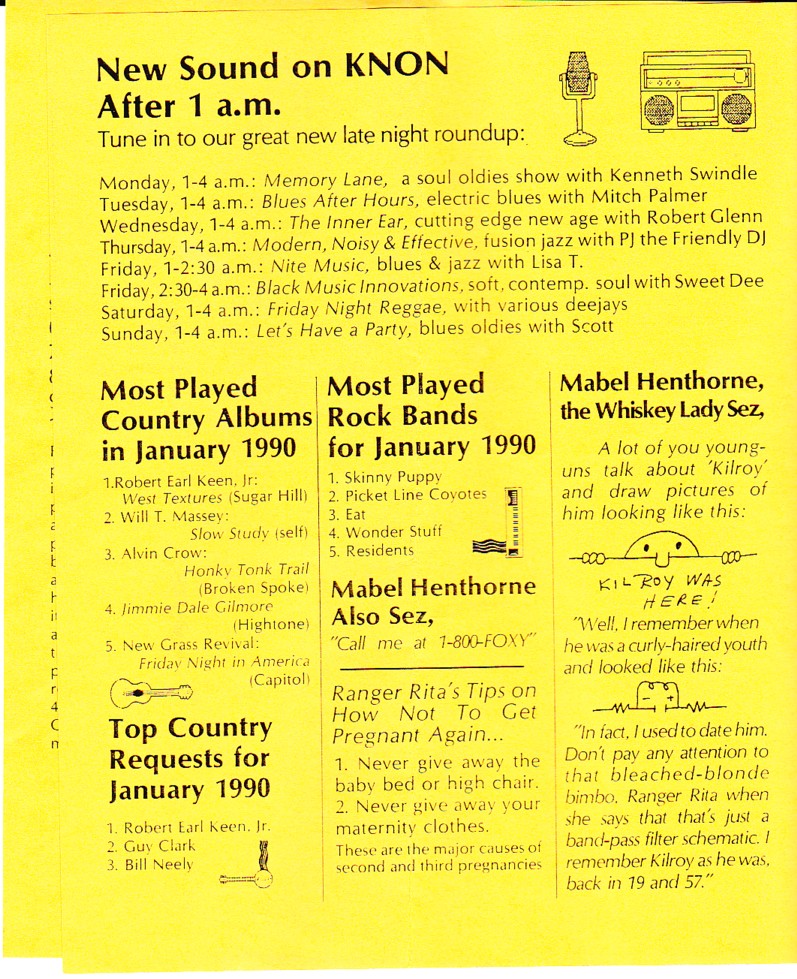 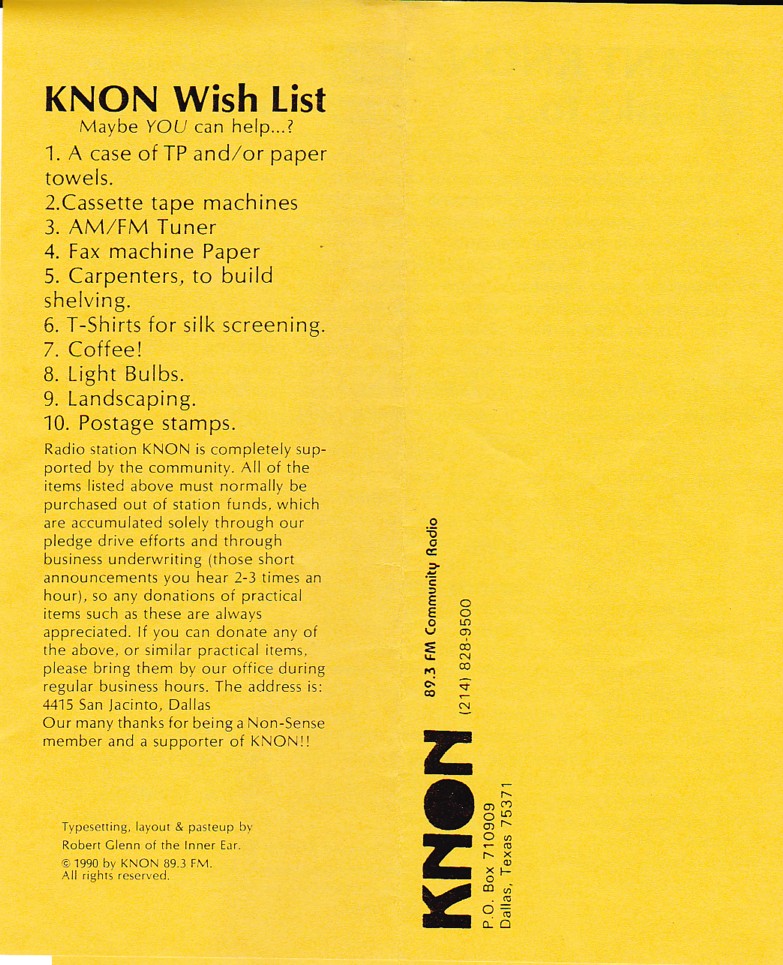 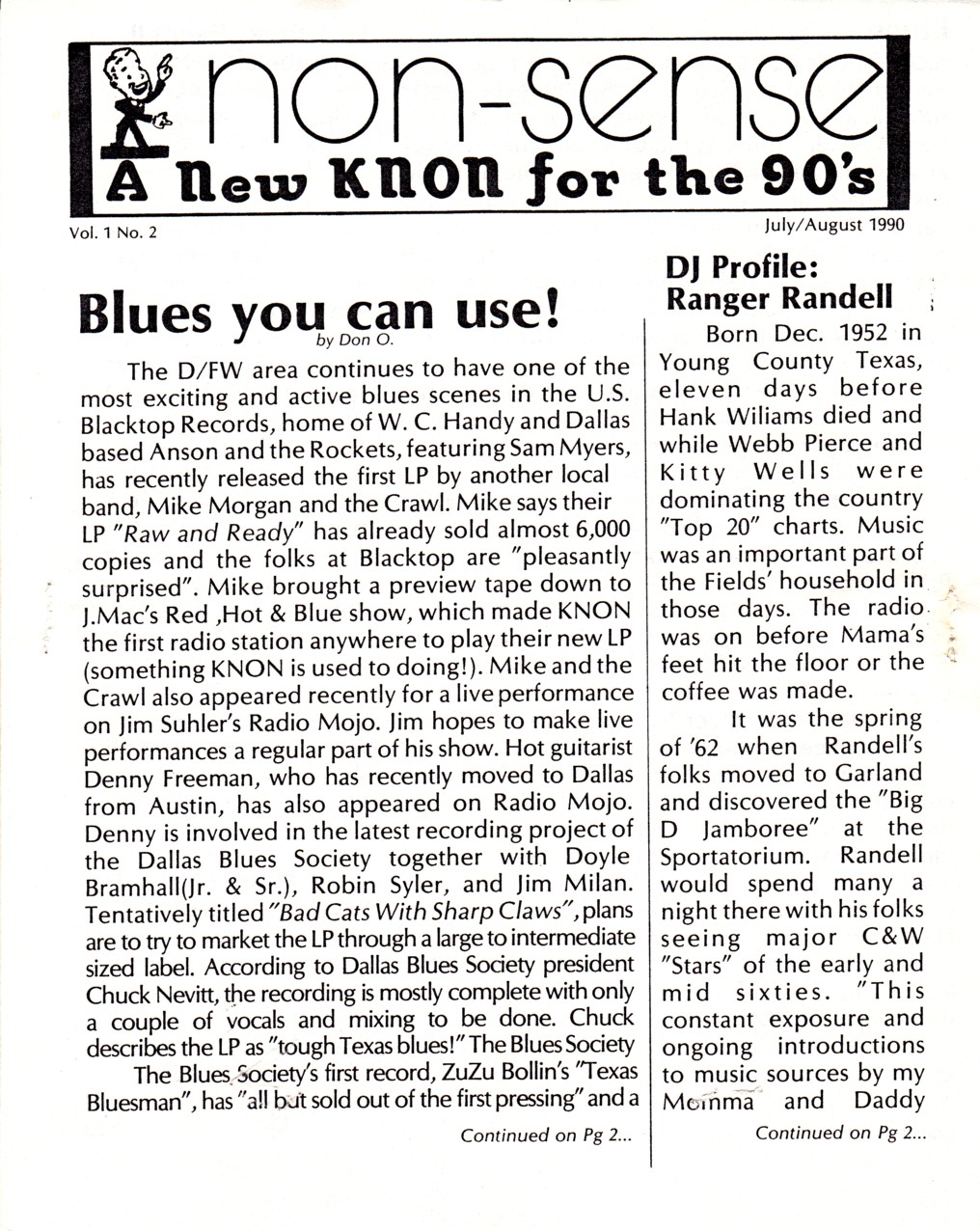 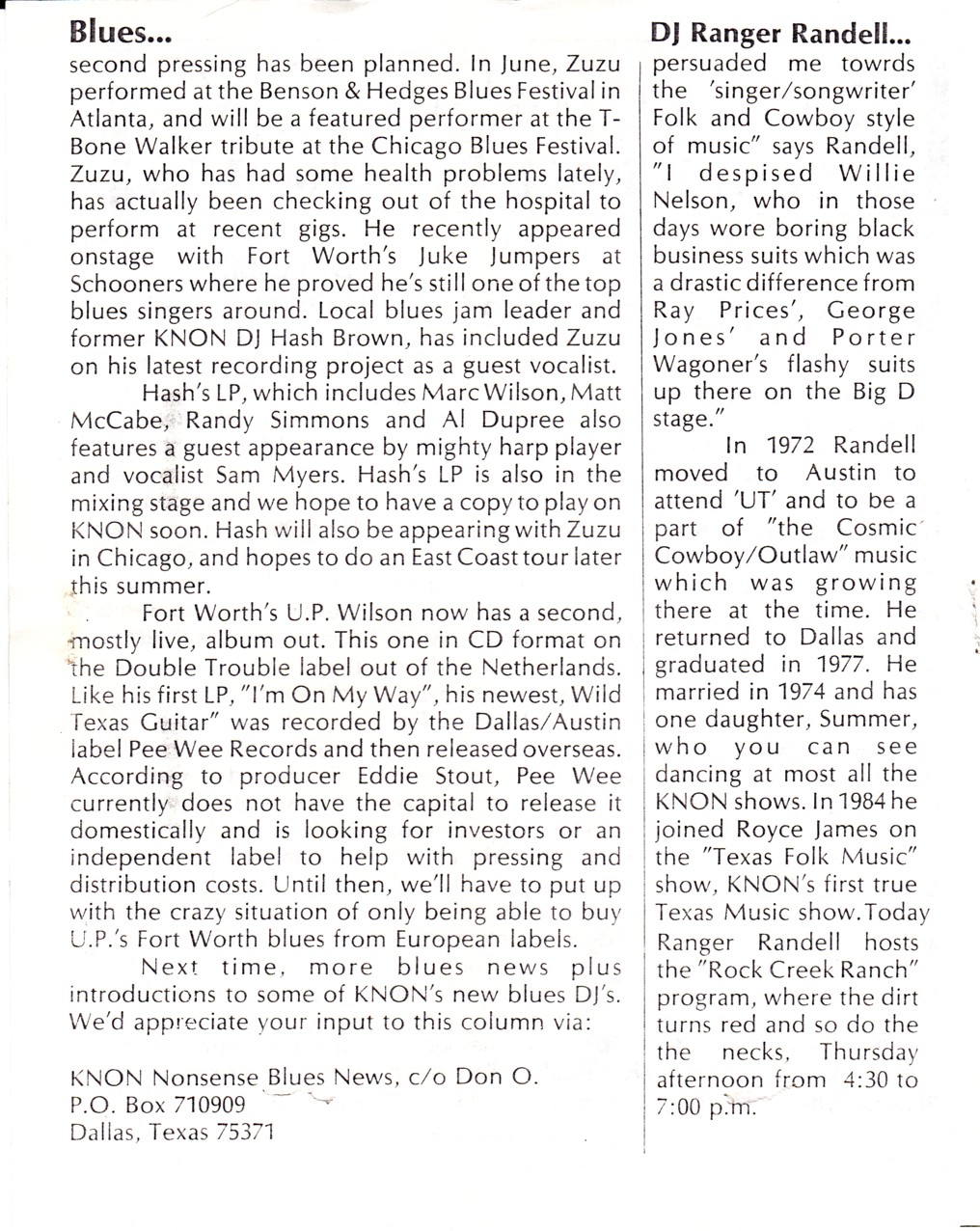 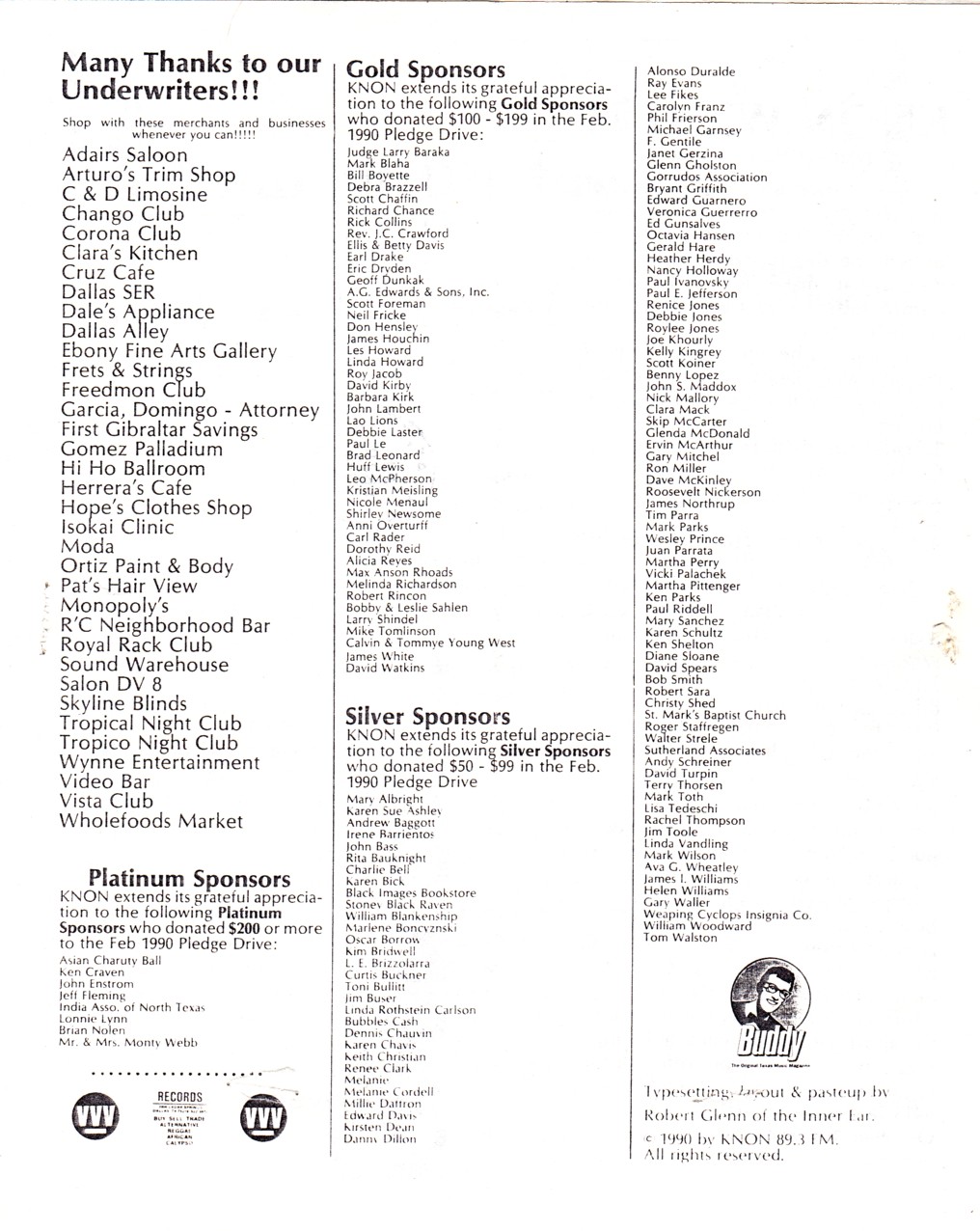 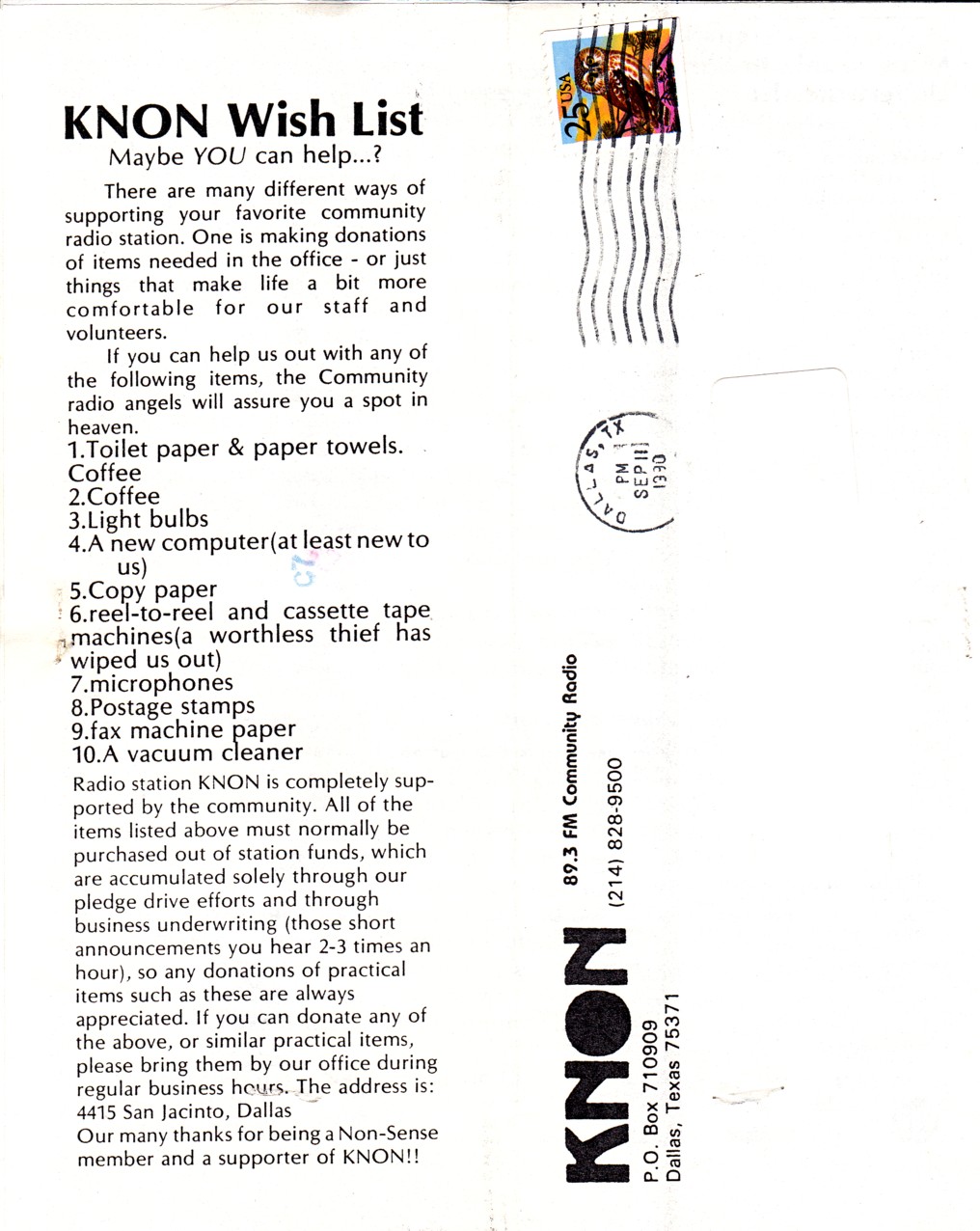